How to develop an Angular Progressive Web Application 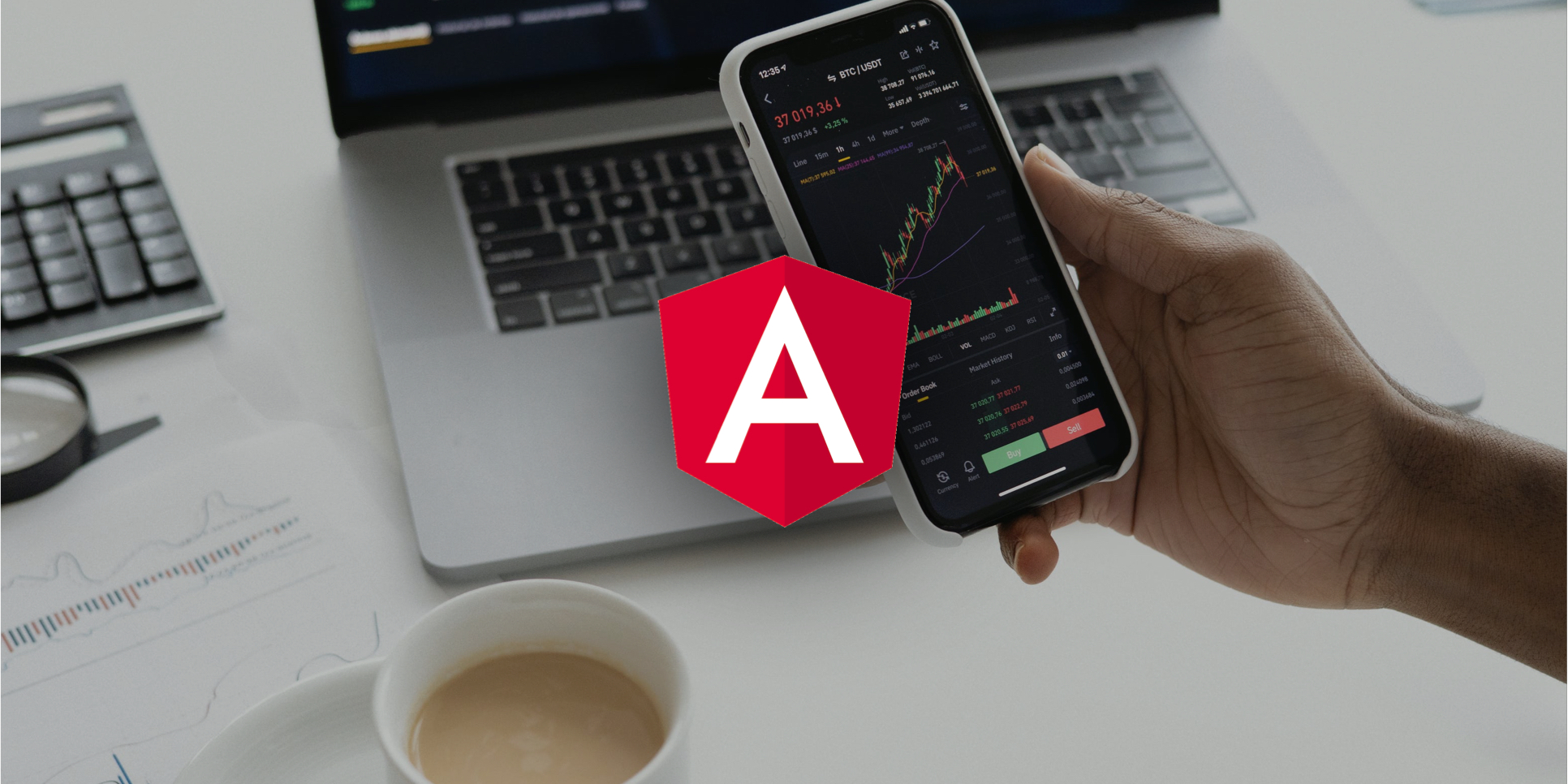 Progressive web applications are web applications served through the web browser, built using common web technologies such as HTML, CSS, and JavaScript, with the ability to work offline, sending push notifications and accessibility to device hardware components. They are often designed with responsive principles, which means the design is adjusted for the screen size and makes it look like a native application.

In comparison to developing native applications, one of the main benefits of developing PWA applications is less built time and reduced costs. Furthermore, you do not need developers for each platform (Android, iOS) because they are build using common technologies. These applications are a good use-case for internally used applications that are needed quickly or for a specific niche.

The Service worker is a script that runs in the background of your browser separated from the web application. The advantage of the service worker is the ability to handle a request, kind of like an interceptor. It can handle every application request and it is often used as a cache manager. Additionally, the service worker implements onfetch and onmessage handlers, so push notifications are supported (depending on the browser support). 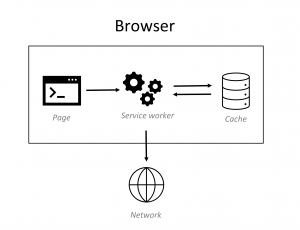 Do not use the service worker if you start your Angular application using ng serve. To check this, navigate to DevTools > Applications > Service Workers.

You are using the development environment and inside src/app.module.ts there is a rule ServiceWorkerModule.register('ngsw-worker.js', %7B enabled: environment.production %7D), which is false. During development, we can use the service worker on localhost, but in the production site, we will need the HTTPS setup on the hosting server.

For development purposes, you can run the service worker on the localhost but in the production environment, use HTTPS.

With the service worker you can filter responses and hijack connections. We want to avoid  man-in-the-middle attacks using the HTTPS protocol.

They are separated into two objects depending on the install or update mode:

updateMode – the updateMode defines the way to update resources that are already cached, when a new version of the application is discovered:

You can configure the service worker to cache responses from APIs. After "assetGroups":[] add "dataGroups":[]. For example:

The Angular service worker can use either of two caching strategies for data resources.

The manifest file describes the application, necessary for a web application to be installed and presented to the user as a “native” application. It provides information such as name, author, icon(s), version, display type, theme colors, etc.

Responsive web design (RWD) is an approach to designing the web application to adjust for every screen size. Web applications designed with RWD adapt the layout by using fluid and proportion-based grid, flexible – images, and CSS3 media queries:

Before you update all packages, first update the the Angular version using ng update @angular/cli @angular/core.

Maybe some packages will need to be downgraded because they are a dependency package of some other package. Be aware of it!

You can find the code on github:  PWA

It’s time to start. Let’s get to work!

Let’s talk
We use cookies on our website to give you the most relevant experience by remembering your preferences and repeat visits. By clicking “Accept All”, you consent to the use of ALL the cookies. However, you may visit "Cookie Settings" to provide a controlled consent.
Cookie SettingsAccept All
Manage consent

This website uses cookies to improve your experience while you navigate through the website. Out of these, the cookies that are categorized as necessary are stored on your browser as they are essential for the working of basic functionalities of the website. We also use third-party cookies that help us analyze and understand how you use this website. These cookies will be stored in your browser only with your consent. You also have the option to opt-out of these cookies. But opting out of some of these cookies may affect your browsing experience.
Necessary Always Enabled
Necessary cookies are absolutely essential for the website to function properly. These cookies ensure basic functionalities and security features of the website, anonymously.
Functional
Functional cookies help to perform certain functionalities like sharing the content of the website on social media platforms, collect feedbacks, and other third-party features.
Performance
Performance cookies are used to understand and analyze the key performance indexes of the website which helps in delivering a better user experience for the visitors.
Analytics
Analytical cookies are used to understand how visitors interact with the website. These cookies help provide information on metrics the number of visitors, bounce rate, traffic source, etc.
Advertisement
Advertisement cookies are used to provide visitors with relevant ads and marketing campaigns. These cookies track visitors across websites and collect information to provide customized ads.
Others
Other uncategorized cookies are those that are being analyzed and have not been classified into a category as yet.
SAVE & ACCEPT